High and Dry: Traversing the Highcountry of the Gila Wilderness

For our first section into this relatively mysterious area, we decided to check out the highest elevation section. Starting at the sandy point trailhead, we followed a trail which traces the high ridgeline of the Mogollon range. The majority of the trip was in the 9,500-10,000 foot elevation range, with a turnaround point at the panoramic vista from atop the 10,774 foot Mogollon Baldy. 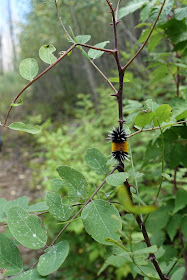 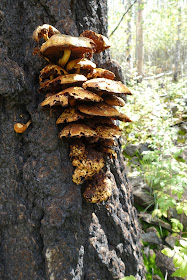 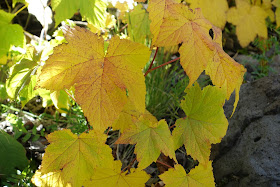 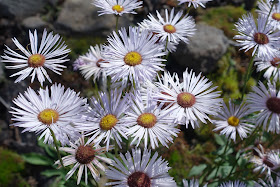 We took two nights and three days on this 24 mile out and back backpack with a short side trip to include the highest peak in the range: the 10,895 foot Whitewater Baldy. 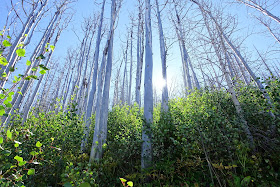 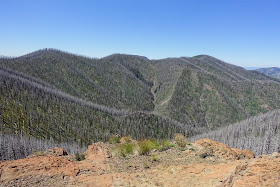 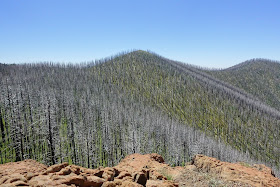 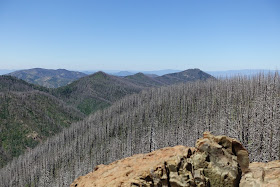 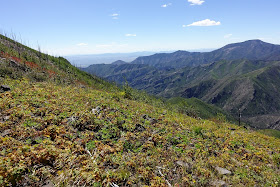 Unfortunately, both Hobo and Little Hobo spring were pretty low, stagnant, full of moss, and stinky. We decided to go all the way back to Hummingbird saddle on night two (where the flowing, clear, Hummingbird spring is), making day 2 a 17 mile day.  If I had it to do over again, I might have carried more water and set up camp somewhere between Hummingbird Saddle and Mogollon Baldy or left camp set up at Hummingbird Saddle so I could have done the 16 essentially dry miles without a full pack. I had hoped for more water at Hobo Spring given the good rain in the southwest, but the low flow may be some sequelae of the 2012 fires or a lack of good rain regionally. 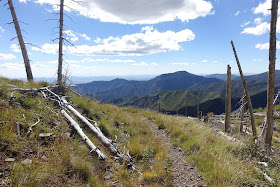 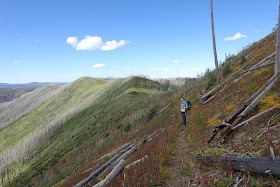 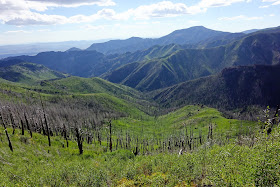 We had the place essentially to ourselves during our 48 hours in the range; we only crossed paths with two groups of hunters within a mile and a half of the trailhead at the very beginning and end of the hike.
Steve Malangone at 6:20 AM
Share